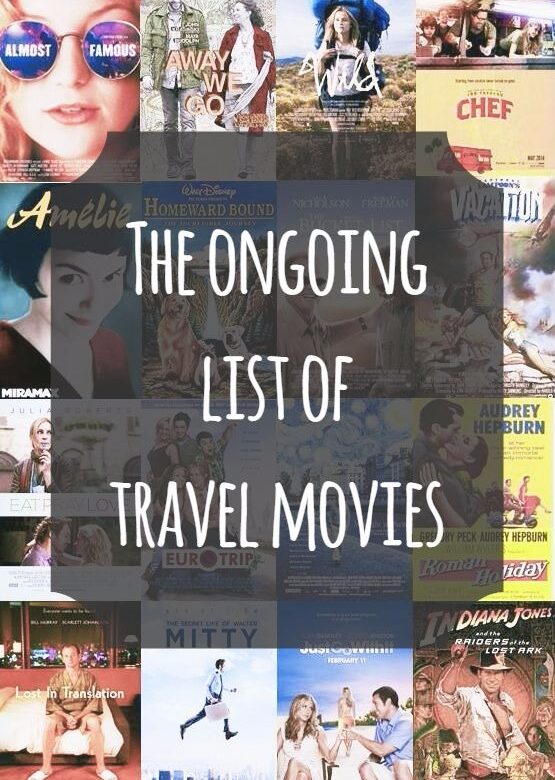 One of the best ways to inspire you to travel or go on an adventure is watching flicks where they go to amazing destinations. So here is my ongoing list of travel movies I recommend, be sure to add your favorites in the comments below!

One of my favorites! 15 year old, William is hired by Rolling Stone Magazine to tour and write a piece about up and coming band, Stillwater.

Amélie is a waitress at a Parisian café who wants to make those around her happy.

Parents to be (Maya Rudolph & John Krasinski) travel across America to find the perfect place to raise their family.

Back To The Future

No matter which one you watch from the trilogy you’re in for an adventure with Marty and Doc Brown.

Alex Winter & Keanu Reeves play a couple of high school buddies wanting to start a band but risk the failure of their history class which means Ted would be sent to Military school. I mean, adventure is in the name. This movie gives you a history lesson and great quotes.

Two strangers (Morgan Freeman & Jack Nicholson) meet in a hospital where they share the same room and decide to complete their bucket lists before their time is up.

Catch Me If You Can

The chase is on around the world to catch Frank Jr. (Leonardo DiCaprio)

I love Jon Favreau! I swear the DMV instructor who tested me when I was 16 is his body double. Anyways….this is about Chef Carl (Favreau) and his passion for food. With the help of his best friend and son they fix up a food truck and travel across the country delivering cubanos.

Liz played by the beautiful Julia Roberts, is on a quest of self-discovery which has her taking a trip of a lifetime.

In this comedy Scott is on a quest across Europe to find his pen pal Mieke.

Jason Segel plays Peter, a musician who recently got dumped by Sarah played by Kristen Bell. He escapes to Hawaii to get over her only to find she’s there with her new beau.

The ultimate adventure movie about a group of friends looking for lost treasure.

In this family favorite an American bulldog, golden retriever and cat take a thrilling journey to get back home.

This soul searching movie is about Christopher played by Emile Hirsch, letting go of possessions and exploring the wilderness.

Just Go With It

A comedy about Danny (Adam Sandler) trying to win over young Palmer (Brooklyn Decker) by lying to her about his fake family with Katherine (Jennifer Aniston) takes them to Hawaii.

Lord of The Rings

An epic journey to destroy One Ring

A witch in training has to move to a seaside town where she starts a courier service.

Kermit the Frog meets some friends on his journey from Florida to California to pursue a movie career.

Hilarious comedy about Clark (Chevy Chase) trying to take his family on a vacation.

Some people really don’t like Nicolas Cage but no matter your feelings I suggest watching this movie. A take on Indiana Jones if you ask me, a journey to find treasure and unveil the truth in history.

PS I love You

A bit of a tear jerker, Holly played by Hilary Swank is set on different tasks left by her deceased husband played by Gerard Butler.

European Princess played by Audrey Hepburn takes a night off in Rome from her goodwill tour.

The Secret Life of Walter Mitty

Seeking a friend for the end of the world

Two neighbors played by Steve Carell and Keira Knightley embark on a journey as the world is ending.

Four friends set out to find a dead body.

Under the Tuscan Sun

What starts out as a tour of Italy turns into Frances (Diane Lane) purchasing a Tuscan villa.

Carl is set out to fulfill his life long dream when he’s surprised with a tag along named Russell.

Up in the air

Ryan played by George Clooney, fly’s around the world firing people, but he has a new co-worker traveling with him played by Anna Kendrick.

A story about a man (Martin Sheen) who travels to France to collect the remains of his son (Emilio Estevez) ends up finishing the journey his son was on. 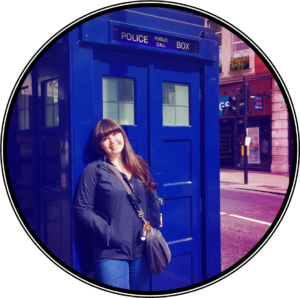 Hello! My name is Kayla and I'm a quirky girl who loves pop culture and travel. So I decided to turn my passions into something more, enjoy!

Sign up to receive timely, useful information in your inbox.

A Geek’s Guide To Travel is a participant in the Amazon Services LLC Associates Program, an affiliate advertising program designed to provide a means for sites to earn advertising fees by advertising and linking to amazon.com